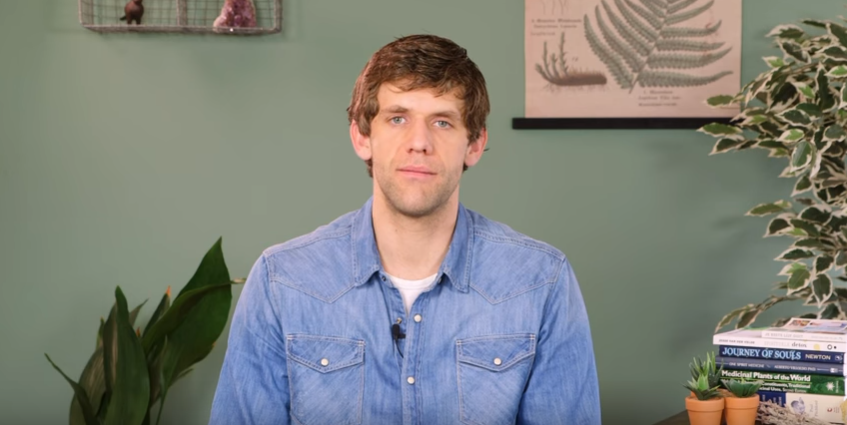 “How could they see anything but the shadows if they were never allowed to move their heads?”

– Plato, The Allegory of the Cave

An expansive and ever-shifting distortion of human perception? Colours blending and inanimate objects moving? These might be some of the images that come to mind when you think of psychedelics. But there is a movement that is growing, and it doesn’t involve overwhelming hallucinations or transcendental insights.

Microdosing, as described originally by James Fadiman in his book “The Psychedelic Explorer’s Guide”, is the practice of taking a “sub-perceptual” amount of psychedelic drugs (usually LSD, or psilocybin) every 3-4 days. Sub-perceptual is, of course, a very individualistic guideline, but generally means that the effects are so minute that they barely cross one’s perceptual threshold (around 1/10 of a normal dose). In other words, if you start experiencing visual effects, you’ve probably taken too much.

The interest in microdosing has exploded in the past decade. After Fadiman released this guide, he urged users to send him reports about their experiences. This was ten years ago, and the reports are not only flooding to Fadiman, but also online: a website has been setup dedicated to the safe and standardised practice of microdosing, and there are over 46,000 reddit users following the microdosing subreddit, with posts being uploaded daily. It’s also being lauded by Silicon Valley entrepreneurs, who say that using small amounts of Lysergic Acid Diethylamide (LSD) has helped them ‘hack their creativity and productivity’.

Despite the anecdotal evidence mounting, there is an issue here. Without the controlled study of psychedelics using these sub-perceptual doses, it is hard to truly ascertain the positive and negative effects of microdosing. Bureaucratic and legal barriers prevent a large number of researchers from gaining access to psychoactive drugs. Most notably however, here in the Netherlands, psilocybin containing truffles have a decriminalised status, and are distributed commercially, which gives psychedelic researchers a clear advantage in the study of psilocybin (the psychoactive component in psychedelic mushrooms).

Recently, one of the first studies investigating the effects of microdosing was conducted by Luisa Prochazkova and others at Leiden University. Anecdotal evidence from microdoser’s online led the researchers to investigate how it would affect two domains: fluid intelligence and creativity. The researchers argue that creativity is comprised of two subcomponents: convergent thinking and divergent thinking. Convergent thinking is the ability to focus and identify a primary solution to a well-defined problem; one problem, one solution. Divergent thinking, however, requires cognitive flexibility to come up with as many original and abstract ideas as possible; one problem, many solutions.

So what did they do in the study? The researchers used the Picture Concept Task to assess convergent thinking, and the Alternative Uses Task to assess divergent thinking. The Picture Concept Task involved a 3×3 grid of pictures, and the volunteers had to choose one picture from each row that they thought all had a common association (for example, a bathtub, a hose and a sink all distribute water); therefore they had to converge to a fixed solution. On the other hand, the Alternate Uses Task gave the volunteers five minutes to come up with as many uses for a pen or a towel, with extra points for originality of the answer, giving them an opportunity to think outside the box. Fluid intelligence (the ability to reason and solve novel problems) was assessed through the Raven’s Progressive Matrices: there were 12 questions, in the form of a grid of pictures, with one on the bottom right missing. The volunteers had to choose (from six pictures below) which was missing from the grid.

The researchers weren’t running around the streets asking people to microdose in the name of science though. They were recruited during a microdosing event curated by the Psychedelic Society of the Netherlands (PSN). These willing volunteers were tested both before they microdosed and 90 minutes after they ingested around 0.33mg of psychedelic truffles, which were provided by the PSN and sent to a lab afterwards for analysis.

The main component within the truffles (psilocybin) is a compound that binds to the 5-HT2A receptors in the brain, due to its very similar shape to the neurotransmitter serotonin. The serotonergic system is responsible for modulating many things, including, but not limited to, mood-regulation, cognition, learning and memory. We know that a large of quantity of psilocybin can drastically change these psychological attributes, but can a microdose have any effect?

In short, yes and no. The researchers found that after microdosing truffles, the volunteers were able to come up with significantly more original ideas (average 16.7) than before (average 12.36) on the alternate uses task, and could give more correct answers on the picture concept task (average 7.59) than before a microdose (average 6.56). However, fluid intelligence was not significantly affected

So these anecdotal claims of hacking your creativity may be right – it seems that microdosing can heighten one’s ability to problem-solve and think outside the box, but unfortunately doesn’t make you smarter. Aldous Huxley famously said, after retrospectively dwelling on his time tripping on mescaline in ‘The Doors of Perception’, that he saw the world for what it really was. He concluded that the brain acts as a sensory gate, filtering out unnecessary information, and categorising all new information based on previous experiences. Your perception of the world is the product of the information your brain lets in.

This function is useful; we would go crazy if our minds allowed the almost infinite amount of sensory stimuli into our psyche, but it can be costly. As our brains seek to predict the world correctly and act accordingly, we naturally fall into bad habits and become stuck in behavioural ruts (are you constantly checking your phone for no reason?). If high doses of psychedelic drugs allow us to completely un-hinge this sensory gate, and see the world in its unfiltered state, then low doses may leave the gate slightly ajar, which might explain how people can see a pen for more than just a tool to write Prochazkova’s research.

Another study conducted at Macquarie University in Sydney combined the surge of interest in microdosing with the power of the internet, to recruit volunteers around the world who were self-administering small doses of psychedelic drugs as part of their daily routine. These volunteers were tested over six weeks (on both dose days and no-dose days) on a variety of psychological parameters, including attention, mood, absorption, stress and wellbeing.

In the short term, the volunteers scored to be (among other things) more productive and more focused on their dose days compared to baseline, with these effects remaining significantly above baseline on the no-dose days. Other dimensions, such as happiness, creativity and connectedness, increased on dose days, but these effects quickly returned back to normal in the succeeding no-dose days. In the longer term, there was a significant drop in depression, stress and the propensity to mind-wander, and there was an increase in the intensity of absorption – a trait characterised by deep and focused attention within subjective experiences, such as being engaged in music or art.

It is important to note three things as a cautionary tale. Firstly, this study was not conducted purely on psilocybin. Around 47% reported to use psilocybin, whereas 48% reported to use LSD (another substance acting on the serotonergic system), so it is difficult to compare this with Prochazkova’s results. Secondly, both of these studies use experienced microdosers as participants, which immediately biases the sample, leading to the findings becoming less generalisable to the wider population. Finally, uncontrolled conditions in both these studies makes it impossible to gain an experiment that has a placebo condition. Who knows if the effects seen in these studies are just a product of microdosers expecting to feel more positive?

On the horizon, however, is prospective research conducted by the Beckley foundation that is going to be a first in the science of psychedelics – a blind study on microdosing – where volunteers are not aware of whether they have taken a psychoactive substance or a placebo. This would finally provide more conclusive scientific evidence about the effects of microdosing on a myriad of cognitive, psychological and wellbeing factors, without all these caveats mentioned that underpin and discredit previous research.

It seems times are changing. The next few years investigating psychedelics looks promising to say the least. More knowledge of the benefits of psychedelics may allow society to grow and progress together with the research, with more and more people deciding to (as Huxley would put it) leave their sensory gate slightly ajar, and let in a little bit more of the world in front of us.