Inspirations and big crazy ideas about business and global challenges

Even though it cannot be documented or proven, it is a one hundred percent convincing experience that so indelibly imprints the psyche that you declare, “Previously I only knew it intellectually, but now I am certain it is real.” – Maria Estevez

Our personalities shift as we grow from child to adult. You wouldn’t get very far in life if you had the same character as you did when you were fifteen. But personal transformation eventually stagnates. As we hit the age of 30, we become more rigid in our patterns of behavior and our character. Your personality does still change, but only in a subtle way and over a very long time.

There are certain life events, however, that can cause a titanic shift in character. Dubbed a quantum change, these events are extremely difficult to study in a scientific setting, as they usually can’t be controlled. Events that lead to a quantum change are rarely initiated by the person as well, as it often and compasses experiences such as the death of a parent.

But a groundbreaking study from John Hopkins University in New York revealed something that can induce a quantum change in a matter of hours – psilocybin.

Magic Mushrooms Make You More Open
51 volunteers were gathered for the study, and given either a placebo or a high dose of psilocybin, the psychoactive ingredient found in magic mushrooms and truffles. Each individual was sat in a calm environment with an experienced clinician who acted as a trip-sitter, to give the volunteer guidance through turbulent times.

Everyone who participated had to take some personality tests, to ascertain how they scored on the Big Five: Neuroticism, Extraversion, Openness, Agreeableness and Conscientiousness.

The test was taken before the trip and a few days after the trip, with a follow-up test a year later. Most of these traits remained unchanged after the psilocybin dose, except for one. Many volunteers became monumentally more open than before.

Being more open is related to a wealth of positivity. Open people are more innovative and creative. They are better problem-solvers, and generally report being more satisfied with life. Typically as we age we become less open; on the Big Five test, openness subtly decreases on average one point per decade. But psilocybin mushrooms induced, on average, a four point increase in this same domain.

Amazingly, this change in openness has never been found in another such discrete event that can be studied so well. The only other study that saw true changes in core personality investigated the effects of meditation on the Big Five. But this change took hundreds of hours, many of which were in solitude, demonstrating how much work is needed to drive a change.

Magic Mushrooms give Mystical Experiences
To discover what catalysed this personality change, the researchers also investigated the mystical and spiritual significance of the trips. A mystical experience is thought to be something that makes you feel at peace and joyful, with a sense of oneness and belonging the world. A number of volunteers classed themselves as having a “full mystical experience”. These were the ones that opened up the most.

A mystical experience, by definition, is ineffable. It transcends the barriers of language, and to some it can be so frightening it humbles them. Maria Estevez, one of the participants in the study (62 at the time), can testify to this:

“With my eyes closed, I was overwhelmed with glorious golden light suffused with color, prisms, and rainbows everywhere like a shining hologram. The Light itself was alive, a radiant consciousness of ultimate intelligence, perfect integrity, singularity and purity. The Light composed everything. It pervaded everything. Its presence was benevolent, calm, and intense. It was as if the Light were revealing to me the innermost workings of the universe. Without words, It informed me that It was the source of all physical manifestation and that each event and object had its purpose…”

This is just one of many eloquent accounts attempting to elucidate how the participants felt in that room. Volunteers in a similar psilocybin study ranked the guided trip among the top five most spiritual experiences of their life. A third of them said it was the most profound experience they’ve ever had, some ranking it higher than the birth of their own children.

Going Beyond Your Mind
It is no surprise, then, that mushrooms can change you. By allowing your mind to be aware of things that you were unable to fathom beforehand, you are more likely to open your mind in other facets of life. Again, Estevez can testify to this. She said that unrequited feelings of empathy blossomed after her trip, as it became easier for her to be outwardly more patient towards friends and strangers alike.

But, as with other psychedelic drugs, this story comes as a cautionary tale. Many volunteers, including Estevez, went through feelings of great fear and anxiety during their trip. They came out of the other side in one piece because of expert guidance. If you intend to cultivate a deeper insight into yourself through the use of mushrooms, then expect turbulence on your journey. The safest way to approach this trip of self discovery is to do it in an appropriate setting, with the appropriate support.

If you do consider such a journey, then you have immediately opened up your mind to new possibilities. A whole other world waits patiently. As Aldous Huxley famously said after his first encounter with psychedelics,

“… the man who comes back through the Door in the Wall will never be quite the same as the man who went out. He will be wiser but less cocksure, happier but less self-satisfied, humbler in acknowledging his ignorance yet better equipped to understand the relationship of words to things, or systematic reasoning to the unfathomable Mystery which it tries, forever vainly, to comprehend. ” 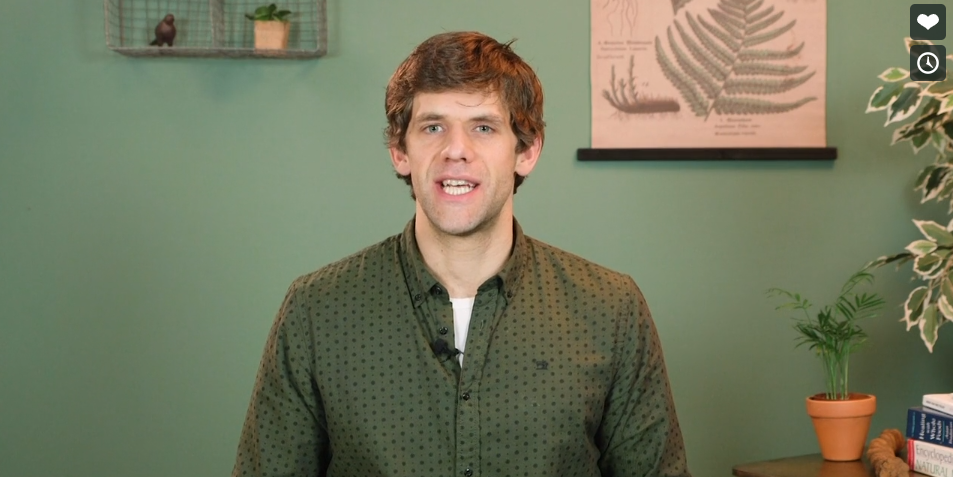 In this video series, I would like to guide you through a deep internal journey. A journey that I myself began four years ago. It has brought me satisfaction, more inner peace and a greater sense of happiness. I wish you that too.

In the eyes of most people, I was already a very successful entrepreneur with three different successful companies. I had been studying personal development for many years, attending many business seminars and living the life I had dreamed of. I knew how to achieve my goals. Until a friend took me to a Shaman for various ceremonies, including a traditional sweat lodge ceremony. And that changed my life…

My story
The shaman asked me, “Jesse, what is your truth?” I didn’t know the answer, but I knew I wanted to know the answer. The process that started afterwards gave me the answers step by step. They were answers to questions I didn’t know I had! That I wasn’t aware of. Questions like: who am I, why am I here, what am I doing here. The shaman became a mentor and so I started a journey of spiritual awareness. My life came in a flow as a result, my vision expanded and I felt satisfaction that I hadn’t felt in my life before. I started to distinguish my thoughts from my heart and my intuition. I could reconnect with a higher consciousness that is always there.

Why it yields so much
I was and am a successful entrepreneur, but before that I was mainly concerned with financial goals and with growth. There’s nothing wrong with that at all, it’s just that I felt that something was missing. It didn’t give me the satisfaction I was looking for. If you start walking an inner path, you can’t go back. And that’s not always fun; emotions like sadness or anger can come up because you have not been able to process them properly before. But if you do it, it will yield a lot! In this video, I’ll tell you my personal story, share the shamans’ greater vision and wisdom and tell you what you can expect from this video series.


Watch the video below

In this video you’ll discover

Insight into this video and step 1

A key to making deeper contact with yourself is “silence.” Making room to be silent, to be alone and to turn inwards. Because we’re not always used to that, it requires practice. But by being silent, turning inwards and making room for your feelings, you ignore the reactive part of the brain, the so-called flight-or-fight mechanism. In this way, you can reach the parts of your brain that stimulate creativity and higher consciousness.

A question to ask yourself

I ask you the same question that the shaman asked me: what is your truth? I only found the answer after a year, so give yourself time to find the answer. I stopped looking for the answer, took the time and space to be silent regularly, and so the answer came to me.

I look forward to seeing you in the second video 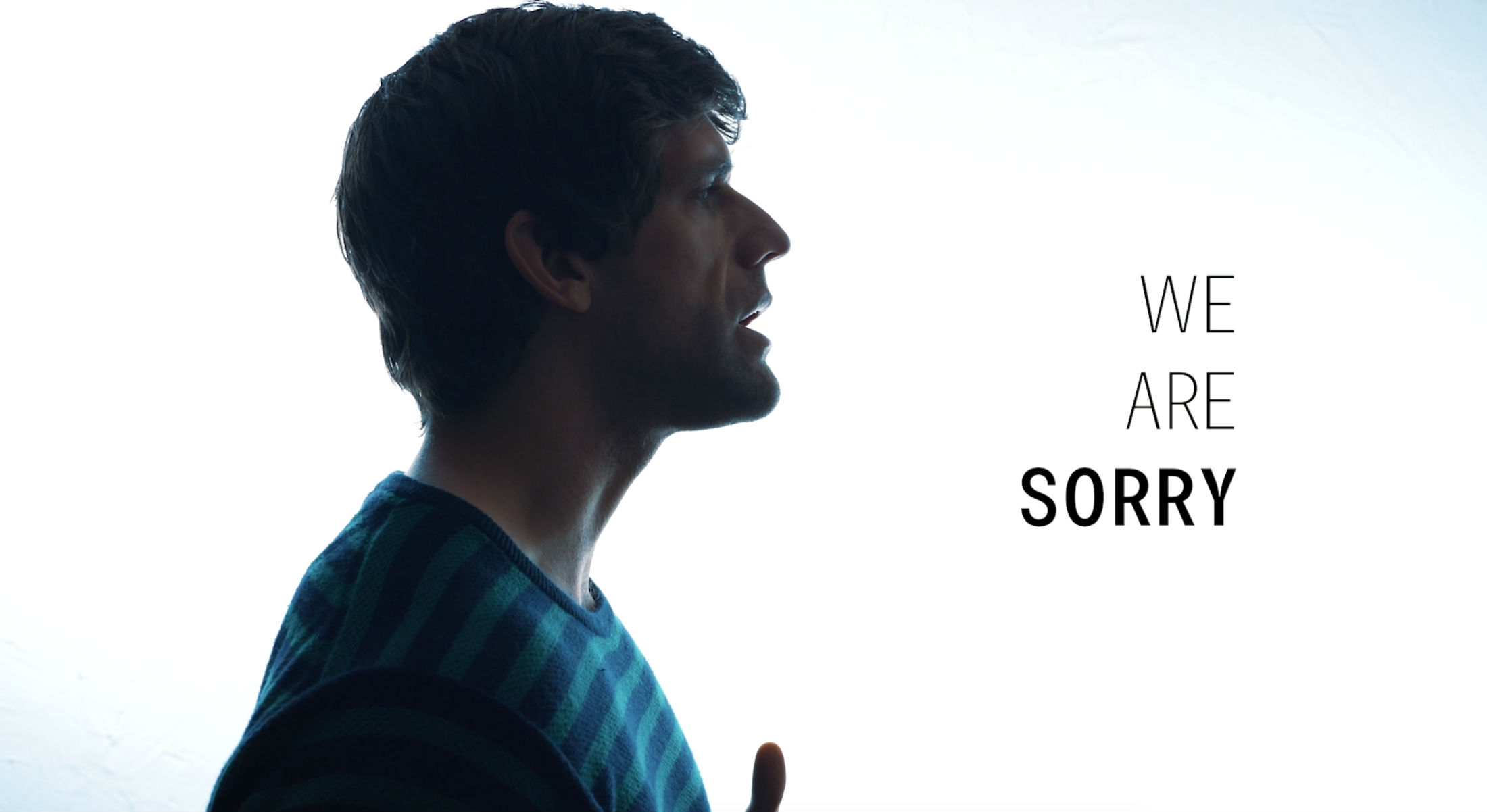 Have you every pictured that the day might come, that you’d have to say to your Grandchildren: We are sorry.

We, my generation, are sorry we ruined the soil, from which you’ll have to eat.

We’re sorry we polluted the air, which you’ll have to breath.